In this article, we try to discuss the most known 10 examples of probability in our real life. In everyday life, we are often faced with some possibilities.

Let’s see some Examples of Probability in Real Life:

Every scientific research is based on probability. Scientists keep possibilities in mind as they research and try to create new things. Because researchers do not know in advance what the results of their research will be. If the results were already known, there would be no need for research. Therefore, feasibility is important in every research.

Here’s a simple use of probability in real life that you’ve probably already done. We always check the weather forecast before we plan a big trip. Sometimes the forecaster announces that there is a 60 percent chance of rain.

We may decide to delay our outing because we trust this forecast. But where did the “60 percent” come from? Meteorologists use expensive tools and algorithms to understand the probability of weather events. They look at historical data, combine it with current trends, and see the probability of rain on a given day.

If you see a 60 percent chance of rain, don’t assume that it will definitely rain. 60 percent means that on the same weather days, it rained 60 times out of 100. 60 percent comes from here.

The same applies to temperature projections with the possibility of snow, hail, or lightning. This is one of the examples of real-life possibilities that can help you in your daily life.

In sports, analysis is done with the help of probabilities to understand the strengths and weaknesses of a particular team or player. Analysts use probabilities and odds to predict team performances and outcomes regarding team members in games.

A cricket coach assesses a player’s batting and bowling ability by taking his average performance in previous matches before placing him in the lineup.

Political analysts are everywhere. With election results around the corner, you can be sure that every news channel in your country will be full of buzz about the winner. Election officials use historical data to understand how an area has voted in the past to understand who to vote for this time.

They combine this with current trends and current polls and do a lot of math to arrive at a conclusion on who will win.

Many marketing companies like Labtex use probabilities to predict the probability that they will sell a certain amount of product on a given day, week, or month.

This allows companies to estimate how much inventory they will need. For example, a company might use a forecasting model that tells them there is a 90% chance of selling at least 100 products on a given day.

This means they need to make sure they have at least 100 products on hand to sell (or preferably more) so they don’t run out.

Medical diagnosis is one of the best applications of probability in real life. How does your doctor know that your cough is just an infection and not something more serious? The adage was widely followed in the 1940s by University of Maryland School of Medicine professor Dr. Theodore Woodward, who said, “When you hear hooves, think of horses, not zebras.”

If you have a cough, you’re much less likely to have an external, serious illness than if you’re coughing because of a simple sore throat, a common infection, or something else really mundane. Doctors need to have a broad understanding of false positives and false negatives when diagnosing patients. They deal with dozens, if not hundreds of patients a day.

Doctors use all kinds of mathematical techniques in their daily practice so that they can treat people efficiently. This is one of the more useful examples of potential in real life because it can save people’s lives if done right.

Stocks and Mutual Funds fully function on probability. Investments in stocks or mutual funds and other assets are often linked to investor forecasts. Individuals can subjectively determine the percentage return an asset will pay in the coming year. Coming a personal decision, the individual can decide whether they should invest in the asset or not.

If you’re absolutely certain that you’ll never get into a car accident, you’ll never need to spend money on car insurance, right?

The more likely you are to get into an accident, the higher the premium you will pay. Teenage boys pay much more for car insurance than other people. That’s one-way insurance companies do business—numbering complex real-life situations so they can help the greatest number of people and penalize high-risk people.

Insurance companies use probabilities in the real world to make money.

Flipping a Coin | Examples of Probability

Learning opportunities often begin with an inverted coin example. This is the simplest form of the example with only two outcomes—heads or tails.

Not only in the classroom, but a flipped coin also plays an important role in deciding to start sports like cricket and baseball. Each side of the coin has an equal probability of 50% which gives both teams an equal chance of winning the toss. 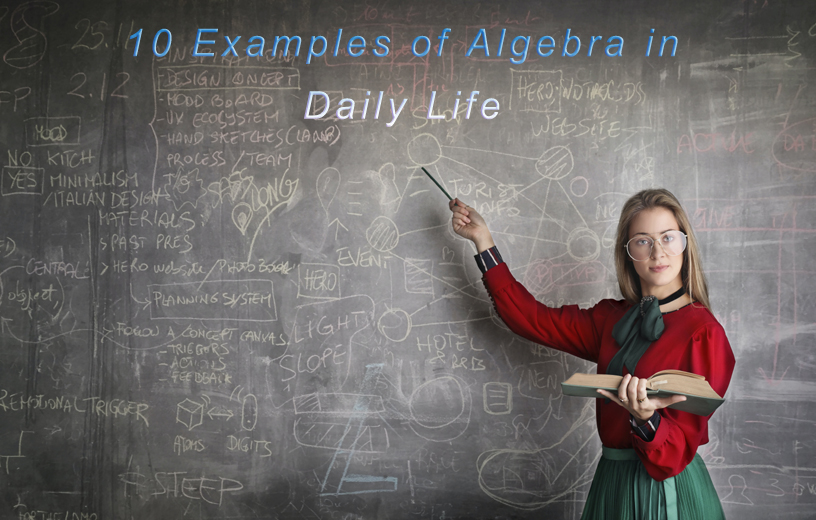 10 Examples of Algebra in Real Life

Almost every student says "I'm not going to use this math in real life!" When solving algebraic equations. right? However, this... 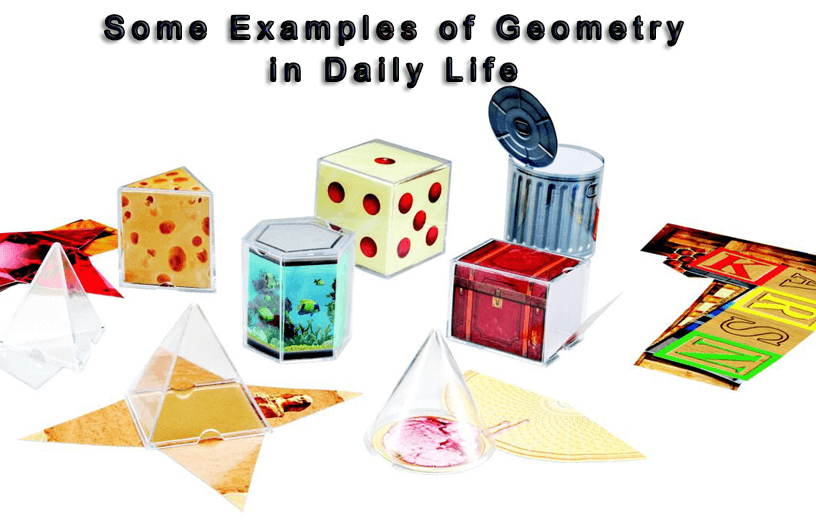 Some Examples of Geometry in Daily Life

Geometry is somehow involved in our daily life. We see or not see, this is not important. In this article, we...