Acetic Acid is an organic chemical compound with the chemical formula CH₃COOH. It is also known as methane carboxylic acid and ethanoic acid. It is a colorless liquid with a strong and pungent odor.

Most of us are familiar with the presence of this chemical compound that we call vinegar. One such sour-tasting food additive is liquid, which is simply ethanoic acid diluted in water. For thousands of years, acetic acid was only produced biologically by microbes called acetic acid bacteria.

Today, acetic acid is an important industrial chemical produced synthetically in labs and is even used as a raw material in the synthesis of other chemical compounds. Acetic acid is a weak, colorless, caustic, and flammable acid with a sour taste and pungent odor. Liquid acetic acid is a hydrophilic polar protic solvent like water and ethanol. It dissolves not only ionic salts and sugars but also non-polar compounds such as oils as well as polar solvents.

Acetic acid is one of the few ingredients that has a variety of applications from culinary to industrial manufacturing. Let’s take a look at some of the uses of acetic acid in daily life.

In our daily life, we come across one of the most common uses of ethanoic acid as vinegar, where it exists in a concentration of about 5%. When it comes to cooking, vinegar is more than an ingredient in recipes. It can perform excellent functions from enhancing taste, preserving food, filling in missing ingredients, and even making food look prettier. Although vinegar is mostly used as a food ingredient, its acidic properties make it useful for cleaning and various other purposes. Acetic acid is considered a weak acid with a very low pH value; However, it does not dissociate completely in water. In baking, acetic acid reacts with alkaline yeast chemicals that produce carbon dioxide gas bubbles. Not only does this result in tenderness and structural support to baked foods, but it also imparts a tangy flavor to them

When it comes to removing stubborn stains, acids are common chemicals because of their reactivity to other chemicals. While many strong acids are used in industry to remove mineral deposits, rust stains, and other chemicals, a weak acid like acetic acid can also be used at home in low concentrations to get rid of coffee stains, rust stains, and even oil. Glass, metal, and wood surfaces. In fact, several aqueous solutions of acetic acid are sold commercially as household cleaners with concentrations of up to 50% acetic acid. Moreover, vinegar, being a natural disinfectant, can also be used as a disinfectant to clean kitchen, bathroom, or toilet countertops; However, acetic acid or vinegar should not be used to clean marble and granite surfaces as this may induce a chemical reaction.

It has been shown to have good antibacterial activity against microorganisms such as planktonic organisms and pathogenic bacteria. A diluted solution of vinegar has an excellent bactericidal effect, and therefore, seems suitable as a first-aid antiseptic for open wounds.

Moreover, it is quite clear from the use of vinegar as a preservative that it is effective in preventing the growth of bacteria. A solution of 0.25% acetic acid is used to prevent the growth and proliferation of susceptible urinary tract pathogens (especially ammonia-forming bacteria) associated with prolonged use of an indwelling urinary catheter. In medical diagnosis, acetic acid can be applied to the uterus in cervical cancer screening.

Acetic acid is also used to treat otic bacterial or fungal infections; However, the procedure is not recommended for people with a damaged air drum as it can cause medical complications. Another minor medical use of acetic acid is in the treatment of warts and burns.

Acetic acid is a commodity chemical in the polymer industry with a demand of several million tons per year. A significant amount of acetic acid production goes into making vinyl acetate monomers that can be polymerized into polyvinyl acetate or other polymers. These polymers are commonly found in various products such as paints, inks, dyes, and adhesives. Another important use of acetic acid in the polymer industry is the production of cellulose acetate (a synthetic textile and a bioplastic used in photographic film). Acetic acid is also used as a solvent in the production of terephthalic acid, which is used as a precursor in the production of polyethylene terephthalate (PET). PET is a thermoplastic polymer used to make water bottles, microwave-safe containers, packing trays, cosmetic jars, etc.

Although concentrated acetic acid is dangerous to the skin, it is widely used in the cosmetic industry to lower the pH of ingredients. Acetic acid is used in the manufacture of hair conditioners, shampoos, hair rinses, wave sets, and other hair care products. Alkyl acetates, as well as acetic acid and acetate salts, are common cosmetic chemicals that serve various purposes as fragrances, solvents, or skin conditioners, depending on the substance. Furthermore, the antibacterial and antifungal properties of acetic acid also play a beneficial role in cosmetics and personal care products. A diluted solution of apple cider vinegar is considered an effective face cleanser to get rid of oil, dirt, and other impurities.

Despite its many benefits, high concentrations of ethanoic acid can pose a health hazard, and therefore, it must be handled carefully. When working with concentrated ethanoic acid, it is always recommended to wear protective clothing and goggles. Also, workplaces must be well-ventilated and ensure respiratory protection. Highly concentrated acetic acid can also damage the cornea of the eye and cause vision loss. 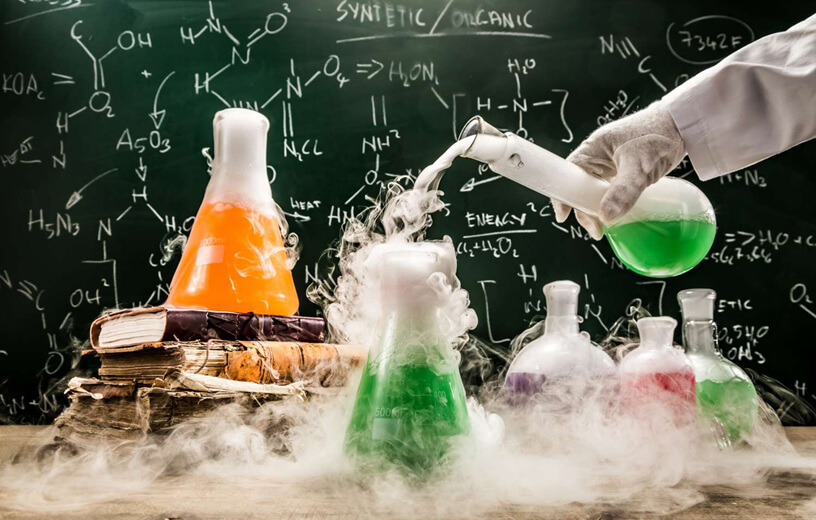 If I ask you what comes to your mind when you hear the word chemistry, I am sure you are going... 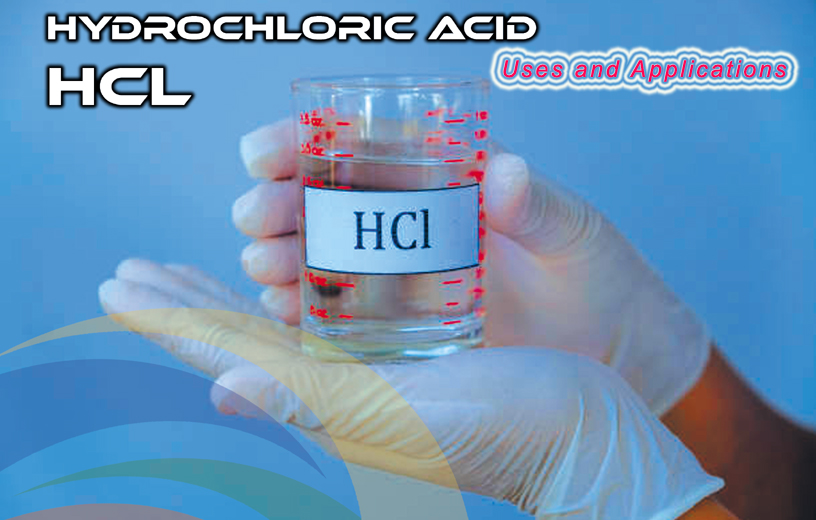 Hydrochloric Acid is a foamable Acid that is produced from Hydrogen Chloride Gas. It is also called HCl acid and muriatic... 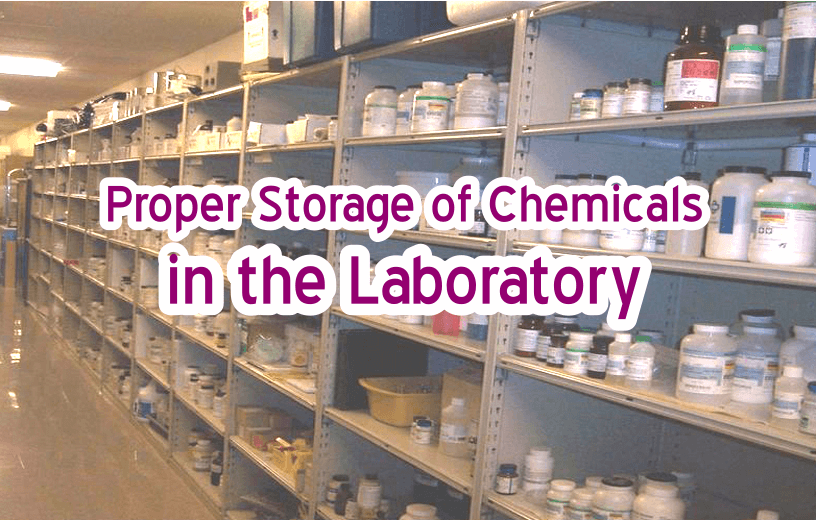 Proper Storage of Chemicals in the Laboratory

Proper storage of chemicals in the laboratory is very important for proper use, handling, and ensuring a safe environment. In this...