Psychology is the scientific study of the human mind and its functions, especially those affecting behavior in a given context.

The word ‘Psychology’ comes from the Greek word ‘Psyche’ which means awareness or consciousness. Psychology directly reflects the inner side of a person & his essence (soul). A character is formed with which a man is attributed in nature.
It is basically a behavioral and mental science.

Let us know the details about the Types of Psychology:

Physiological research plays an important role in psychological development which is considered as a different science. Nowadays, this perspective is called biological psychology or sometimes referred to as biopsychology. It mainly focuses on the physical and biological aspects of a person’s behavior.

→ Behavioral psychology mainly focuses on experimental behavior.
→ Behavioral principles are often applied in health settings (psychiatric), where therapists and counselors use these techniques to explain and treat illness.

In the 1960s, a new perspective emerged known as cognitive psychology. It usually focuses on mental processes. This area deals with memory, thinking, problem solving, language, and decision-making.

A fairly new perspective that has reached maturity. Here, psychologists and researchers look at human behavior across cultures.

It focuses on the study of how evolution explains physiological processes. The basic principles of evolution along with natural selection are analyzed by psychologists and researchers and are further applied to psychological phenomena. It says the existence of these mental processes is due to their character which serves an evolutionary purpose such as they aid in reproduction and survival.

In the 1950s, a school of thought known as humanistic psychology emerged, which emphasized the role of motivation in thought and behavior. Self-realization and several others are an essential part of it.

It originally arose from the work of Sigmund Freud which emphasized the role of the unconscious mind, early childhood experiences, and interpersonal relationships in explaining human behavior. 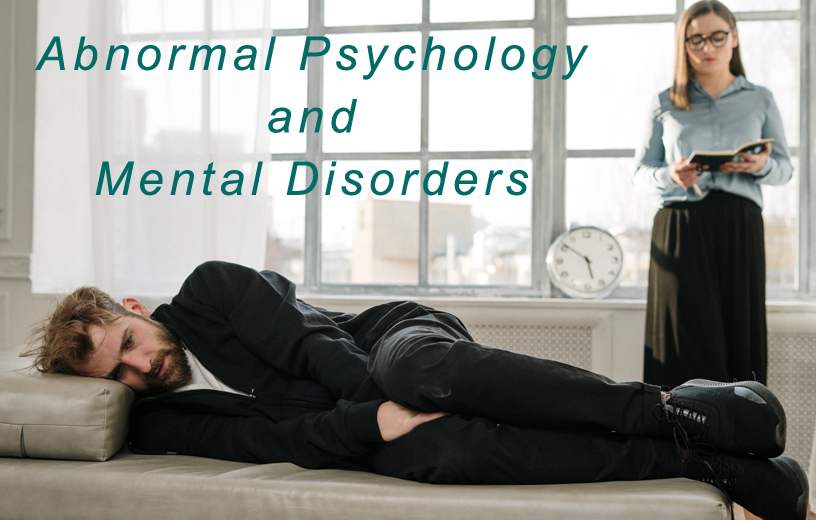 What is Abnormal Psychology? Abnormal psychology is a branch of psychology that examines abnormal behavioral, emotional, and thinking patterns. or which...